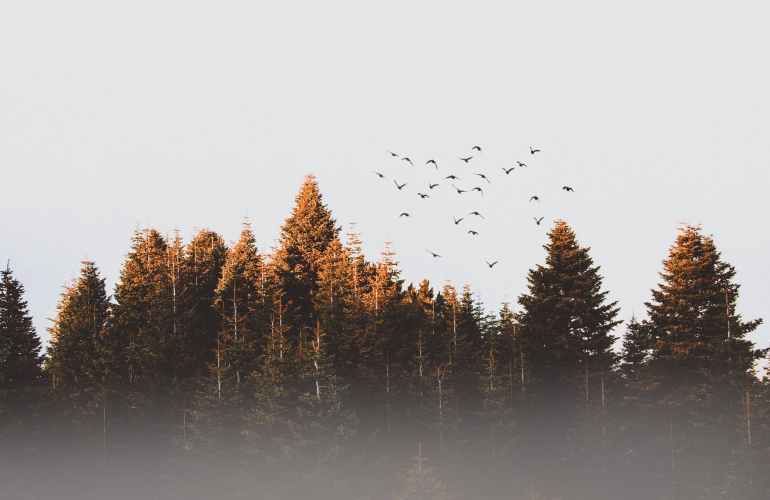 I’ll be the first to admit that sometimes I wish that I was at another stage in my life. I regularly say things along the lines of, “I wish I were [fill in the blank]” or “If only I had [fill in the blank] then I’d be happy” or “Why does God keep me in this dry place when all I want is a deeper connection with him?” As you might have guessed, none of this complaining helps me move from one season of life to another. While I may be wishing for what someone else has, they may be wishing to live the life that I have. But when we yearn to be somewhere that we’re not, we miss the opportunities that God has given us for today. When we throw away our circumstances because we desperately want to be where another person is, we throw away our chances of connecting with God and with others on a deeper level. I’ve been learning a lot lately about just how important it is making sure that I’m a good steward of the season that I’m in right now.

Whether it’s a season of growth or waiting, singleness or partnership, listening or acting, live it well. God has not put you in this time and place for you to sit around wishing that you were at another stage in life; he has given you this season as a gift. Sometimes we may not want to receive it, and we may beg God to change our circumstances, to bring us out of the valleys and onto the mountain tops, but when we’re so focused on the places we aren’t, we miss the beauty of the places that we are currently in. I’m not saying that you’ll enjoy every season that you’re in; what I’m saying is that God hasn’t put you where you are to be mean. He’s not keeping you single because he’s some cosmic jerk, he’s doing it because there’s still areas of your heart and life that he wants to grow and refine. He’s not keeping you in a spiritual desert because he wants to see you suffer, he’s doing it because he wants you to hunger and thirst for him like you never have before. There is always a reason behind our seasons, even if we can only see that reason once we’ve passed through that time in our life.

Don’t neglect the season you’re in right now; it could be a time of sweet connection and communion with God if you let it. Often God uses where we’re at to teach us and to draw us closer to him, but he can only do that if we’re open and receptive to his leading. When we fight tooth and nail to try to resurrect ourselves into someone else’s picturesque life, when we’re so focused on someone else’s green grass, we fail to see what God has given us in our present moment. He has put you here for a reason, in this season, at this time, and it’s our job to make sure that we steward that gift well.

If Esther decided that she would rather be like every other woman in the palace; if she chose to ignore the job God had given her in that season, she wouldn’t have rescued the Jewish people the. If Ruth decided to succumb to grief rather than seeing what beauty could come from the ashes, then she would never get to be part of the lineage of Jesus. If David had given up on ever becoming king after he was anointed, who knows who would have killed Goliath. If Paul had chosen to dwell in his pain and persecution, the church would not be what it is today. The Bible and our world are filled with people who could’ve chosen to take up residence in their seasons, to look at what was around them and rather than seeing an opportunity for growth and renewal see stagnation, but they made the decision not to stay there. They saw each season, whether good or bad, of their life as a unique opportunity to serve God and to serve others. They chose to be good stewards of their lives, and of the places and spaces that God put them in.

It can be hard to see the dark, messy parts of our lives as a flower bed instead of a swamp. And when we’re in times of significant growth and wealth, it can be hard to take a step back and praise the Lord for all that he has given us. We need to make sure that we’re taking care of what God had entrusted us with. That might mean keeping a prayer journal for your future spouse, or writing down one thing each day that you’re thankful for, maybe it’s meeting for coffee with a friend to talk about life, or perhaps it’s waking up 30 minutes earlier so that you can spend time in prayer seeking God’s guidance. Whatever it is, be intentional about becoming a responsible steward, you’ll be amazed at how your life changes when you receive the gifts from God with open hands and an open heart.