Raise your hand if you love tote bags. Now raise your hand if you also love fair trade products. If you answered yes to both of those questions then you’re going to love our first Anti-Human Trafficking Feature! It’s my pleasure to introduce you all to a couple of best friends who took the time to talk to me about their company that is founded on hope, friendship, and freedom…The Tote Project.

As best friends, Michelle Chavez and Fay Grant were both passionate about ending modern day slavery and interested in volunteering together, but never got a chance to. Fay had been sewing patchwork bags out of vintage fabric and donating the proceeds, and she got the idea of mass producing tote bags to raise donations at a faster pace. Rather than create another non-profit, their goal was to start a business that would make an impact. With the help of an Indiegogo campaign in 2014, the best friends were able to get just enough funding to place their first order of fair trade totes. And The Tote Project has been happily in business ever since.

The Tote Project is not only a business that means business, but they are also a business with a mission. Michelle and Fay explained that they wanted the entire production of their pouches to have an impact on the artisans as much as on the customers, “We wanted to use our resources to fight human trafficking. We eradicate slavery from our supply chains by selling ethically made, fair trade products, and we use our platform to raise awareness.” With this in mind, it’s not hard to see how their bags impact women on both sides of the purchase. When you purchase a tote bag or pouch you support safe and fair employment for the women who sew them, and The Tote Project donates 10% of their gross profits to Two Wings which is a non-profit in Los Angeles that helps local survivors of human trafficking pursue their dream jobs through education, mentoring and life coaching. 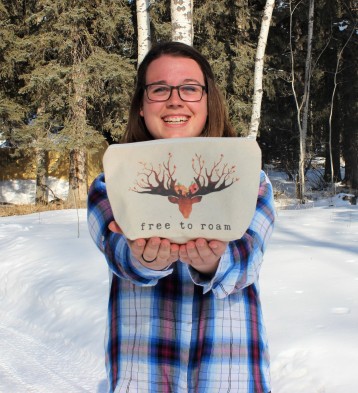 Of course, finding a fair trade factory in the early stages of their company wasn’t an easy task. Eventually, Michelle reached out to an old college friend for advice who told them that not only could she help them out, but that she was actually working with a fair trade factory that made tote bags! Not only was this factory fair trade certified, but they also hired and trained human trafficking survivors to make the bags. Fay and Michelle admit that they never dreamt that working with survivors was an option for them at such an early stage in their company! Since then, they’ve worked to expand their product line, and they’re excited to start partnering with a variety of ethical factories and make an even bigger impact around the world.

With so many amazing stories to tell and so many circumstances that conspired together to produce incredible results, I had to ask them what they’re the greatest accomplishment was. They told me that it was seeing firsthand that their efforts were changing the lives of human trafficking survivors:

“When we first started, we had the honour of organizing an art therapy session for survivors at the Dream Center in Los Angeles. We asked them to draw their representation of hope, and their work was overwhelmingly beautiful and inspiring. They showed us that healing is possible with the right support system and resources. These women overcame unimaginable trials, and their courage inspires us to this day. We see this same strength and perseverance in the women at Two Wings. Getting to witness their journeys from survivors to overcomers gives meaning to our work. We’ve watched women go through the program and become leaders in their communities and mentors for new members. We’re honoured to participate in their academy classes, attend their cohort graduations, as well as provide financial support as they follow their dreams.” 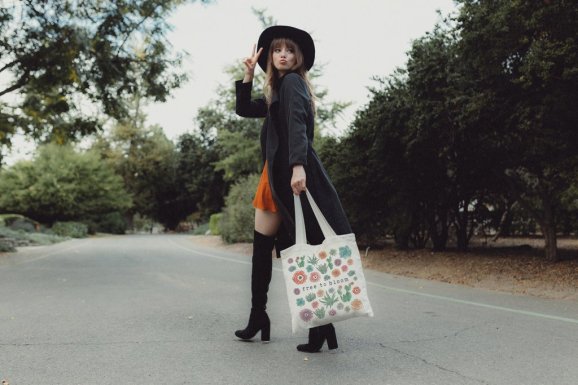 Some final advice from these two amazing and empowering women is to try and shop ethically sourced fashion as often as possible. This could mean that you implement one or all of the following suggestions into your shopping habits:

From tote bags and pouches to dresses and shoes, your clothing makes a statement not only about you but also about the companies you support. Make sure that the message that you’re sending is an ethical one…one that supports the dignity and freedom of all people, and works hard to make sure that no one is trapped in injustice.