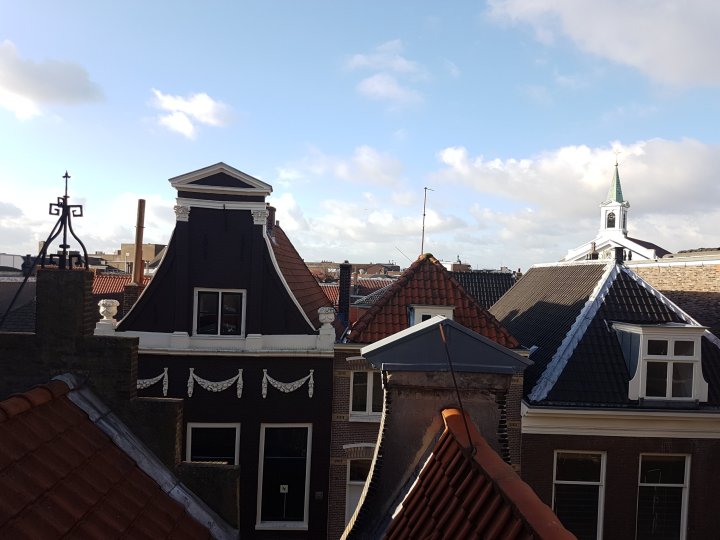 I was first introduced to the story of Corrie Ten Boom back in 2014 when I heard about a theatre company that was putting on a production of The Hiding Place. At that time though I didn’t know much about her beyond the fact that she helped Jews escape during World War II. It wasn’t [...]

Hello! I spend my days out in the forest or on the back of my horse and my nights are spent with a book or binge-watching crime dramas. Writing has been one of my passions for a while now because I love how you can connect life, emotions, and experiences through words. I hope to shed light on issues that are seldom talked about and to share my own personal experiences as I fearlessly pursue a joyful life in the Lord.

To add on to my previous post, having friends who bake heart shaped cookies and decorate them with your name makes my Valentine's 100% complete. #simplykatherina #cookies #bakersofinstagram #valentines #valentinesday2020
Horse kisses and chocolate bars, that's all I need to make my Valentine's Day a success 😘 (AND hanging out with friends 😉) #simplykatherina #horsesofinstagram #equestriansofinstagram #valentinesday2020 #horsekisses
What better way to spend your downtime on a work trip than to cozy up with a cup of tea and a beloved lady detective? #simplykatherina #recommend #shelfie #readersofinstagram #books #bookstagram #rhythms #maisiedobbs #murdermystery
So often, I find myself striving for the presence of God that I ignore the fact that He is all around me and within me. I don’t have to go anywhere. In fact, there’s nothing that I can do to enter the presence of the Lord. He has made it possible for me to have a personal relationship with him, not the other way around. I get so busy trying to perfectly align myself so that I can have a “supernatural God moment” that I fill my days with noise and chaos as I seek after the next big thing that will put me in the right spot at the right time to experience God. When I get so focused on creating the perfect space and trying to perfect myself, I forget that not only am I mercifully unable to be good enough but that I’m not the only one talking. I’m not the only one trying to connect. I’m not the only one in this relationship. God is speaking every day, but I’m so caught up in my own works that I completely ignore His whispers, His nudges, and His voice calling to my heart. I miss the holy revelations all around me. God doesn’t always speak in profound, life-shattering ways. He isn’t the thundering voice, or the rushing wind, or the shaking earth, He is the voice in the stillness. The Lord is not a God of chaos but calm. #simplykatherina #horsesofinstagram #equestriansofinstagram #godisgood #livethelittlethings #thehappynow #wasteyourtimewell #bloggersofinstagram #christianblogger #christianwriter
Do you know the song that Olaf sings in Frozen 2 about everything making sense when you're older? That's how I've been feeling the last little bit. Different things have happened and perspectives have changed, and I just keep reminding myself that this chaos will make sense when I'm older. When we're right in the thick of it, it can be extremely hard to see how the pieces fit together. All we can see are random shapes and colours and from where we're standing it looks like a kindergartner's finger painting. However, once we're able to look back on this time in our lives we see that what we saw as nonsense is actually a beautiful work of art. Not everything will make sense right now. Sometimes we have to wait a few year, months, weeks, days, or hours until we're older to see how God was putting everything together. "This will all make sense when I am older. Someday I will see that this makes sense. One day, when I'm old and wise I'll think back and realize, that these were all completely normal events. I'll have all the answers when I'm older" 🎵⛄ #simplykatherina #speaklife #givelife #christianliving #blogger #bloggersofinstagram #godisgood #livethelittlethings #thehappynow #frozen2 #olaf
You know that a book is going to be great when your dad buys it and reads the first two chapters before giving it to you and says, "This is a REALLY good book" And I have to say that I agree! I'm only a quarter of the way through and that's because there's so much to think and journal about, and so many truths that I want to work into my life, that it takes me forever to read one chapter. If you're looking for a new book to read, I suggest picking this one up (and hey, if you're a guy, my dad liked so maybe you will too)! #simplykatherina #speaklife #givelife #readersofinstagram #recommend #bookstagram #rhythms #youarethegirlforthejob #youarethegirlforthejobbook #christianauthor