“You get in there, you find the crack; like some are drugs, some are just, they need to hear ‘I love you.’ ” – Matthew Deiaco (convicted pimp out of Toronto, Canada)1

But the truth of the matter is that most of the time traffickers don’t come across as traffickers. They come across as the nice guy who says that he loves you. Or the boyfriend who says that you can move in with him. He’s the night in shining armour that rescues you from the nightmare that is your home life. And while traffickers and pimps do sometimes resort to kidnapping girls and boys; it is far more likely that they will try to woo them, to make them fall in love with them.

According to an investigative article published by the Toronto Star in which they interview Matthew Deiaco, a pimp in the greater Toronto area, pimps will:

“Prey on girls who are broken; girls who “need that daddy figure.” It begins with the boyfriend stage: romantic dates, the illusion of love and the promise of a future, complete with a house they would own together. Then it’s the grooming, the gifts and the hints about how much money she could make working in the sex trade.”

Once the trafficker has the girl’s heart in his hands, he begins to use his perceived love to 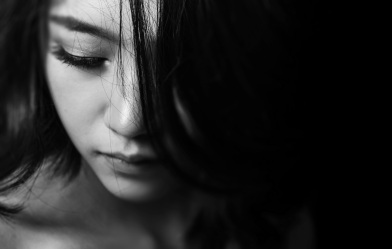 manipulate her. He’ll tell her that she owes him now, and that she has to pay him back for all of the gifts that he gave her. Deiaco said that he would tell girl’s that he was “putting [his] 50 in, [so] you have to do your 50. So there’s another way, you can have sex with guys, but don’t worry, I’m going to love you. At the end of the night you’re home with me.”

It’s at that moment that the girls become truly trapped and the illusion of love and security dissolves. The pimp peels off the mask of the caring boyfriend and reveals himself for what he really is: a manipulative money hungry monster.

However tricking and trapping girls does not only happen in person. With the help of the internet is has becoming increasingly easy to not only sell people online, but also to meet them online.  The sheer number of websites that cater to the buying and selling of people for the purpose of pleasure is astounding. Yet so often they get overlooked, even though people like you and me are browsing these sites every day.

These sights are the online classified pages, where people sell cars, used clothes, dressers…and sex. The most notorious of these pages is Backpage.com, where the categories for sex workers are right next to the categories for jobs and cars. It is on this page that thousands of people are bought and sold each day; and where hundreds of pimps make thousands of dollars each day (for more information on the fight to shut down the human classifieds on Backpage, check out the documentary I am Jane Doe). But how is it that these women, men, and children get persuaded to sell themselves online in the first place?

A report from FAIR Girls in 2015 said that “about 90 percent of the people it helped in Washington D.C. and Maryland had been sold online.”2 Chatrooms make up for a large portion of a traffickers hunting grounds, as these sites are often anonymous, or give the illusion of being secure. However with the ever growing slew of social media applications, it is easier than ever before for traffickers and pimps to worm their way into the lives of their soon-to-be victims. Through the more traditional platforms of Facebook, Twitter, and Instagram, traffickers can get an up close look at the lives of the people they are preying on. It also often gives them enough personal information for them to be able to create a character that would then lure the girl or boy into their trap.

Conversely apps such as Snapchat, Kik, Skype, and Whatsapp are all predominately used in the act of trafficking and selling people because they erase messages and pictures either instantly or over time. It is the allure of committing a crime while leaving no trace that draws many pimps to use these online services to sell their girls. It is also “safer” and “lower risk” to sell prostitutes online, than to have them standing on street corners. Yet nothing is ever totally erased, so it is also this switch to online marketing that has made it easier for authorities to track the pimps movements as well as who they are selling.

The world is an ever evolving place, and the tactics that pimps and traffickers use are changing and evolving right along with it. Nevertheless the rules of “The Game” as pimps call it, stay the same:

This is the vicious cycle that is taking place every single day, all around the world. It is a cycle of manipulation and sexual, emotional, physical, and psychological abuse. It is a cycle that offers up no route of escape for those trapped in it. That is why is so important that there are organizations all over the world that are fighting to break the cycle and end modern day slavery everywhere.

So next time you see someone who is ensnared in human trafficking and think to yourself “She should have known better, she really brought this upon herself”, remember that she is not there by choice. She is there because someone used her pain to manipulate her, and have used and abused her to keep her there. She did not bring this upon herself, she was tricked. And anyone can be tricked.

We were never promised that our plans would prosper.
This is your nightly reminder to find ways to bring joy back into your life.
I'm excited to join in the #coverreveal for Of Fire and Ash by @gillianbronteadams releasing from @enclavepublishing in December 2021! This is the first book in the YA fantasy trilogy, The Fireborn Epic, and is available to preorder in Limited-Edition Hardcover.
Last night I was awakened by the most incredible lightning storm scoring through the night sky. I stood in front of my window, staring into the darkness entirely in awe of the light show the Lord was putting on. I am no more in awe of the Lord than when I see His power displayed through creation, whether it’s a refreshing breeze on a hot day or an all-encompassing white-out blizzard. Both remind me that God is not only very present in our daily lives but that He is also very much so in control of them. Isn’t it amazing that the God who can rip the skies apart with lightning and shake the ground with thunder can also whisper to our hearts in the quiet moments of our days? I love that such a powerful God would want a personal relationship with me, one where I’m continually learning more about Him.
I think one of my favourite things as a reader is bookish art. I know that a lot of people don't understand it, but I love being able to see my favourite characters and scenes come to life. It also gives you a glimpse into the heads of other people and how they imagine the same characters to be.
There's no better way to learn to laugh at yourself than by riding a donkey. Remember to not take life too seriously, and look for reasons to laugh each day.